Skip to content
Veronica Maravankin Consulting
The Landscape of Early Childhood Education is Evolving. Are you?

Community leaders recognized during the event Veronica Maravankin, who served as the Mandel JCC’s early childhood director from 2007 to 2018, and was widely recognized for championing, creating, and implementing innovative approaches in special needs education. 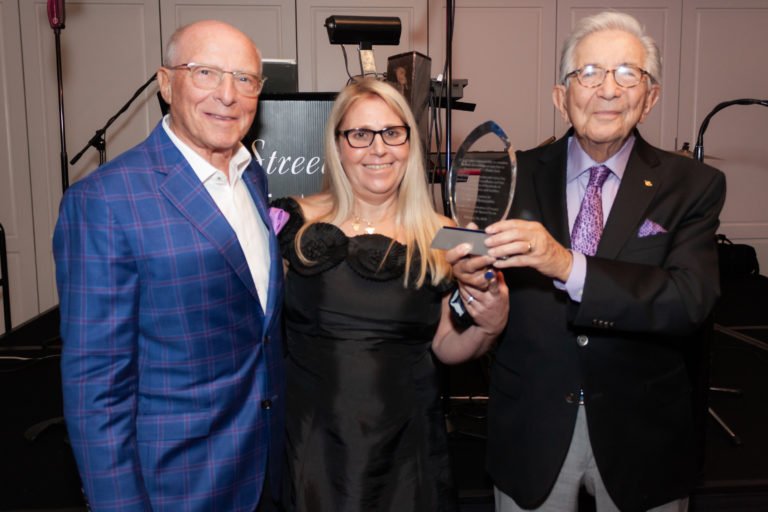 It is indeed a pleasure and a privilege to tell a little bit of the story of our honoree, Veronica. We want to talk about a uniquely talented educator who has contributed so much to the Palm Beach Gardens JCC preschool as its director, and also to early childhood education on the national level as well.

Veronica moved to Florida from Argentina as an adult and shortly thereafter began working at the JCC. The challenge of learning a new language was never a deterrent. Veronica read voraciously, studied, and conferred with many professionals to be the best she could be. We believe she has succeeded!

In addition to her intellectual capacity and her intellectual curiosity, Veronica demonstrated enormous grit and determination in everything she did. Challenges would never get in the way of her vision and dedication to children.

In her 12 years working at the JCC, Veronica turned an ok school into a school recognized nationally for using research-based practices and a progressive approach to education! It became a place where children could be children, while still developing the critical life skills they would need to succeed personally and professionally.

Let me mention a couple more Veronica’s notable achievements in our community and the community at large.

Under veronica’s leadership the Kay Early Childhood Learning Center has become a Sheva lab school, a place recognized by the JCC Association as a resource for educators from different states to consult and visit and to learn!

Along with other fellows Veronica received a grant from the Covenant Foundation to create The Paradigm Project for early Childhood education. Through the project, over 20 educators from South Florida have attended a one-year fellowship and now every year hundreds of educators attend The Paradigm project Annual conference.

Veronica’s wish to spread the seeds of excellence in Early Childhood Education has reached a level that no one could have predicted.

Early in her career Veronica was given the opportunity to attend Project Zero, a prestigious educational initiative of Harvard University and began sending other educators there as well. She is a life-long learner, committed to continuing education, and always ensured that her educators received consistent professional development to keep current with the latest research.

I am told, and I don’t remember who told me that Veronica’s favorite logo is the Nike swoosh, which means JUST DO IT. She dreams big and just does it. That is Veronica’s credo!

One more thing about the school; children found a home in our school; struggling children were welcomed and made part of the community. It was a pleasure to see the children in the classroom. You would never know which child was receiving extra support, or when a team of professionals was working with parents to maximize a child’s potential. Veronica believed in the unique potential and gifts that every child brought.

On a more personal note, I want to thank Veronica again, as I have many times before; Veronica’s foresight and vision for Early Childhood education were the reasons why our family established the William Maerov memorial Fund for our grandson. This fund is dedicated to providing the best psychological services available to our preschool,

to identify as early as possible those children on the autistic spectrum, children with diverse learning patters, hyper activity and emotional disorders. The fund also provides counseling for the teachers which is so important, and support for the parents as well. These things are on the cutting edge of Early Childhood Education in today’s world; and we trust Veronica for her inspiration.

So! Veronica is no longer with our school. She is ok though. Early on, the Jewish Community Center Association recognized her as an unusually gifted educator. So now she serves on the JCC Association faculty. She works closely with JCC’s directors and educators to support them in their journeys towards quality Early Childhood Education throughout our country.

Veronica! We are eternally grateful for your contributions to us. There is no way to quantify what you have achieved. It has been tremendous! We know you will do well in all your endeavors, and I also know that our path will cross many times in the future. 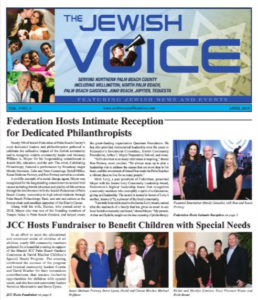